Codenames, the current #1 party game, has taken the board game world by storm. A seemingly simple word game it made a home for itself in a ton of collections and was a serious contender for many game of the year awards. What made it so special?

The game is played with 2 teams of 2-4 people each (though nothing mechanically prevents larger groups). 25 cards with abstract words are laid out on the table. One player within each team is chosen as the “Spymaster” – the two (one from each team) receive a “cheat sheet”, showing which of the cards belong to your team, which are the opponents’. There are also neutral cards and one “assassin” that makes you lose the game if ever selected. The Spymasters’ goal is to make their teammates (huddled on the other side of the cheat sheet) pick all cards belonging to their team before the opponent picks all theirs. The Spymaster gives clues to help their team guess and coming up with the clues is where the meat of the game is. 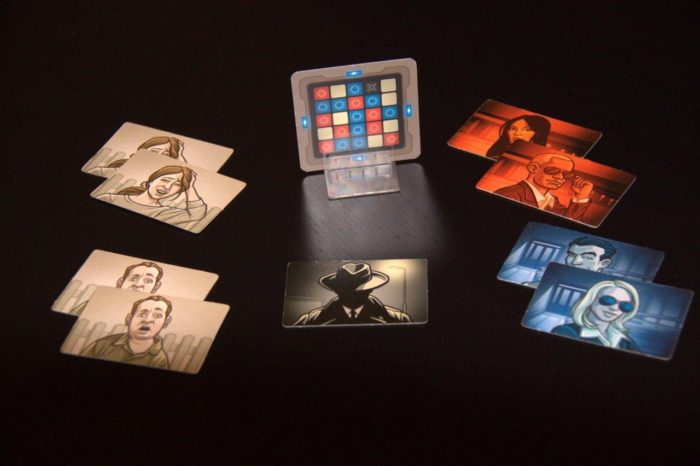 The components and art are unspectacular but serviceable.

A clue has to be a word that would associate with one or more words on the table. (So for example if you’re trying to make your teammates guess “Alien”, “Moon” and “Telescope” you could say “Space”. Don’t worry. It’s never that easy). You are only allowed one word and the number of cards you want your team to guess. The team then picks cards based on the clue – if you got it wrong – your turn is over. If you accidentally picked the “assassin” – you just lost the game. Whichever team picks all of their cards first is the winner.

Ostensibly there is a spy theme to the game but in most cases it is forgotten as quick as it becomes obvious that it’s completely unnecessary to enjoying the game.

It plays amazingly well. Unlike most board games, Codenames does not impose a complex system of rules to master on players. Such systems, while enjoyable once learned, often stand in the way of the initial enjoyment of the game. Codenames doesn’t have such an obstacle. What you get is a simple framework to flex your wit, intelligence and vocabulary. The game is learned in minutes and engages people throughout its short, 10-20 min duration. In fact – most times I put Codenames on the table it would be played 3-4 times in a row as every member of the team gets a chance to be the Spymaster.

A game of codenames all set up to go. Ready, set, spy!

While children might very well enjoy this game – it did not strike me as a particularly great option for the younger crowd (perhaps those 12+). It might be good as a developmental exercise but its prime purpose is clearly entertaining adults. The experience it provides is a good mix between being fun and offering a challenge for your brain. There are some quiet pensive moments, some loud arguments, some high-fives or groans of disbelief as your team make the inevitable far-reaching conclusion to pick the assassin card.

The strength of codenames is its versatility. It will find a spot in many a collection because it fits so many roles. It is light enough to not scare off inexperienced players (or even those who just do not play games). It is very thinky (though not in the usual way that board games make you think) that it is enjoyable even if you are a seasoned veteran. You can play it once or twice as part of a larger game night between chunkier options or you can focus in on a tournament or a series of matches (with rapidly escalating tensions).

In fact, the worst thing I have to say about Codenames is that it may cannibalize the table time from other games in your collection. It is so approachable and so easy to play that people might default to it a little bit too often. I know I found myself a little frustrated when game suggestions are met with “can we just play Codenames instead”. 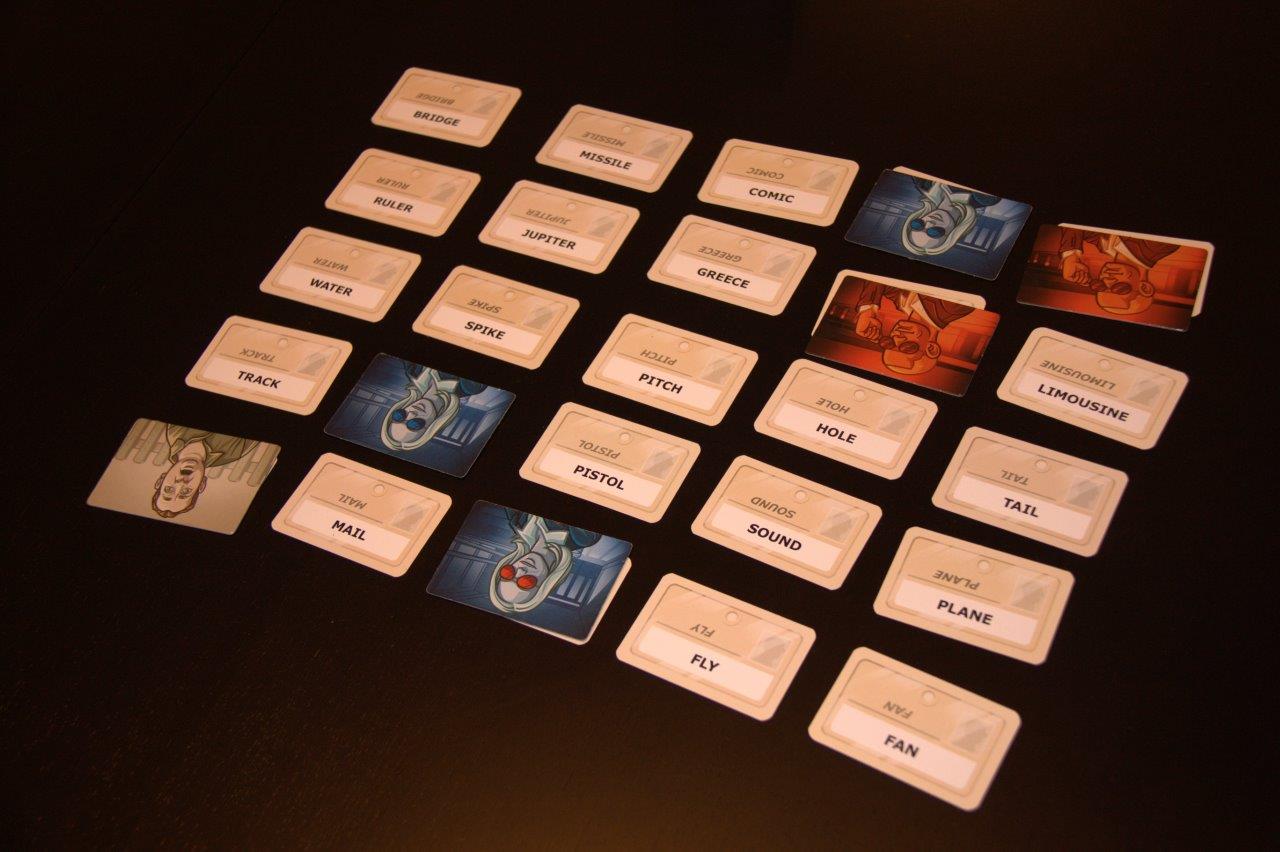 A game of Codenames in full swing. The clue is Bang, 4. Which words would you tap?

But that’s not to detract from the game. The game comes with a great variety of cards (that are double-sided for convenience) and the replayability is near-infinite. Compare it with something like Dixit, which forms strong associations between a particular game component and a potential word. In Codenames the association that you have to make is not with a single word but rather with a combination of words some of which might be not on the table, some of which you might need to avoid (because they belong to the other team). The web of logical connections behind this approachable exterior is near-infinite. Which is easy to understand once you look at the designer’s name. Vlaada Chvaatil is known for heavy, complex euros with tons of moving parts. In Codenames (which I consider to be a triumph) he managed to maintain all the enjoyable complexity while taking out all the “work” usually involved in getting to the good stuff.

This is a rare game that I consider a “must have” in most collections. Unless your interest lies exclusively in strategic non-party games. Codenames will become a mainstay in your collection, offering hours of fun with different groups in different scenarios.

Board Games, Reviews
2016 Gaming: Top 10 games I enjoyedOne game to rule them all: Lord of the Rings Living Card Game Review