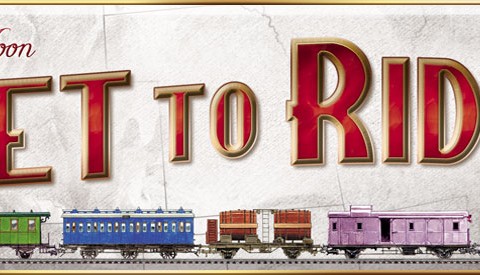 Ticket to Ride review: All aboard the Board Gaming 101!

Everyone likes trains. The old-timey charm of the whistles, the rhythm of the wheels, the chugging of the engine harkens back to a simpler time. It is no coincidence then, that simplicity is the most salient feature of a board game that takes an exceedingly plain concept of set collection and crafts it into one of the most broadly appealing games you’ll find – Ticket to Ride.

It is 1910 and railroad is the main form of transportation. The map of US and Canada forms the game board, cities interconnected by a colour-coded set of routes. Each player takes on a role of a rail-building tycoon aiming to successfully fulfil the most contracts in connecting specific cities.

Ticket to Ride is a competitive game for 2-5 players of 8 and up (arguably fits for even younger audiences) that plays in anywhere between 40-75 minutes.

There are two ways to score points in the game – by building routes (longer individual routes score you more points) or completing “tickets”, connecting predetermined cities with one another (once again “tickets” for more distant cities are worth more). Trick is that any incomplete “tickets” at the end of the game force you to lose points so there is a good decision-making process weighting risk vs. potential reward – are you going to be able to connect Los Angeles and New York? It’s an awfully long way.

The routes are completed by discarding matching set of cards, coded in one of eight colours. Some routes do not require a specific colour but rather “any 6 of one type”. Some cards available for pickup are visible to players. Players take turn picking up cards (either blind or face-up), completing routes and picking up new tickets. Once one of the players gets close to using up all their trains, the game ends and points are tallied. The tycoon with the most points wins.

A complete setup of Ticket to Ride by Days of Wonder

If you ever tried teaching board games to those new to the hobby you are familiar with the dreaded glazing over of the eyes; that look of doubt that appears once you mentioned yet another system that you’ll cover in detail later. There will be none of that nonsense here. The game’s mechanics are so simple and visual that anyone and I mean anyone will be able to start playing it within 5-10 minutes.

The game itself is simple and leaves much to chance. Some of the chance is the card draw, some of it in the kinds of tickets you get (especially mid-game it can be very beneficial to receive orders that you already almost satisfy thanks to existing network). Some of the chance comes in from other players’ actions – since tickets are not visible to others it is difficult to meaningfully block opponents and most of interference comes courtesy of chance. Which doesn’t make it less infuriating when you realize that long chain of green cards will now go to waste and you need to go around wasting several turns to ace your ticket and not lose points.

The game does not promote player interaction as the most effective approach is to focus on your own actions for maximum benefit. Down time after your turn is usually spent in mild anxiety that the route you’re about to complete is not taken by anyone else or that nobody snatches that face-up card you really want.

The game offers a very simple premise mechanically and those looking for a deeper and more engaging strategic experience will find it lacking. Yes, you can attempt to guess what your opponents are trying to do and consider that while making your choices for how to best optimize your move. But the game is obviously not meant for that and it shows. Lack of meaningful player interaction limits the strategic options further as you are mostly playing against a dynamically changing board – a challenging experience but not one that lends itself well to analysis and planning.

So what the game delivers is limited by definition, however it delivers it in an extremely appealing fashion. The train theme is very neat. The illustrations are simple yet pleasant and clear. The little train minis filling up the board make for an engaging visual of how the game develops. There is practically no text so reading apprehension is not an issue. It flows quickly and most games will finish within an hour. There is little intentional conflict so friendships are not ruined. It is custom-crafted to take away any objection one might have against trying a game.

Providing an experience lacking in planning, strategy and storytelling the game is unlikely to hold the attention of dedicated gamers for long. However, it is a fantastic introductory piece for children or adults who might be dashing for the door when you show them a box of Twilight Imperium. It can also serve as a solid light-medium filler on game nights, just not enough meat here to make it main fare on its own.

It is, however impossible to not come away with a positive impression of this neat little title. It might not reach for the stars but it provides a warm welcome to newcomers in the world of board games.

Board Games, Review
Mice and Mystics Review: An ambitious and lovable disappointment.Why Must My Hero Die?