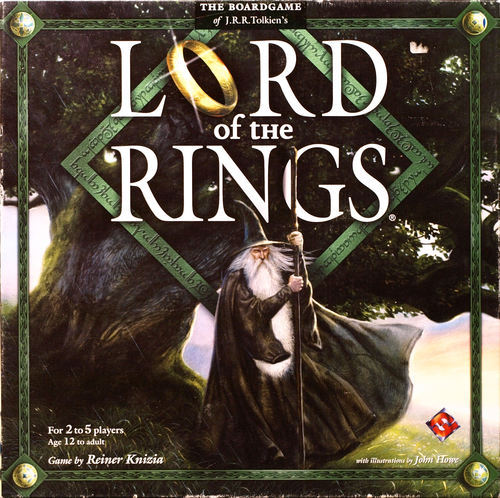 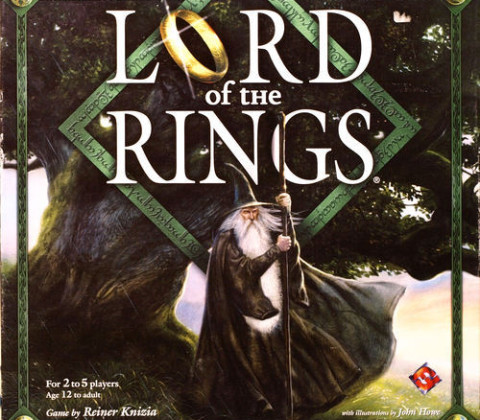 Lord of the Rings review by Eric Mang

“One does not simply walk into Mordor”

Disclosure: I am sucker for most things related to Lord of the Rings (LOTR). Indeed, my gateway game was not Catan or Caracassonne as seems to be the case for many gamers. For me, it was the LOTR Living Card Game by Fantasy Flight Games.

I was at a comic-con, strolling past booths when I spied the LOTR: LCG box. Like a moth to a light, I was drawn in. What is an LCG? What treasures were in this box? Not a particularly impulsive shopper, I went home and did some research. Not only was I blown away with the aesthetics and complexity of the game, but I went down a board-game rabbit hole and was overwhelmed by the depth and variety of games. If, like some people, you’re not familiar with LOTR, you might want to do a bit of research on key characters like Gandalf before playing the game. Make sure to watch the films and read the books too, but be aware it might take you a few days! The LOTR universe is HUGE.

I phoned my FLGS, was told they had LOTR: LCG, I picked it up, took it home, opened the box, and was utterly baffled with the rulebook. This was unlike anything I had ever played. I combed through some how-to videos, some helpful blog posts, re-read the rulebook, and I was off. I was hooked and the board-gaming hobby beckoned to me. 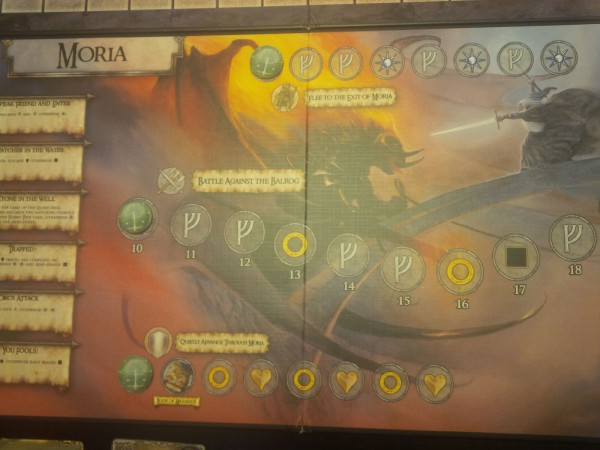 Moria certainly does not look like a nice place. And it’s just one of the first locations!

Fast forward a few years and a pile of games purchased and played, and I now know what genres of games float my boat and which leave me cold.

I’ve played a few games by Reiner Knizia. There’s no doubt he’s a prolific designer with legions of followers, but usually his games don’t reel me in. Can’t put my finger on it and perhaps I don’t wish to as I have nothing but the utmost respect for his contributions to the hobby. So I was hesitant to pick up Lord of the Rings the board game. But reason was trumped by passion, and it tumbled into my shopping basket.

Out of the box, I was struck with the gorgeous artwork (can you really go wrong with a Jerry Seinfeld Frodo?) and the quality FFG puts into its games. 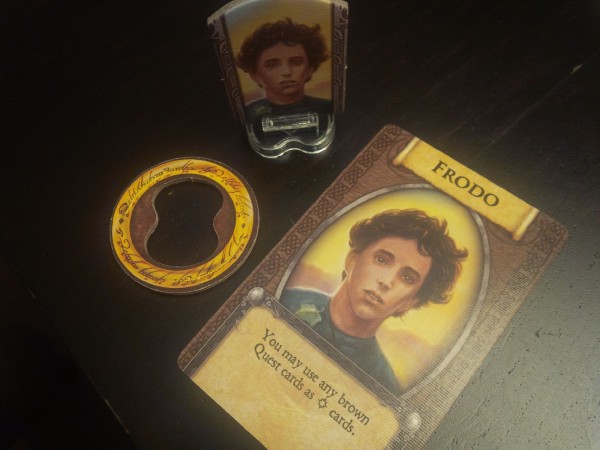 Players work together over the course of a few game boards (Conflict Game Boards), advancing tokens towards the end of main and side activity tracks, with the goal of giving the ring the heave, all while preventing Sauron from getting his evil mitts on our reluctant band of hobbits.

Admittedly, that last run-on sentence doesn’t give you a great feel for the game. But I can assure you the fun is in the teamwork and resource management: you play cards from your hand – no more than one brown and one grey card each – to advance along the game track.The journey is not a waltz to Mordor, natch. At the start of your turn, you reveal a story tile. These can move you further along the board or deal you a nasty blow.

Finally, you need to ensure you are collecting the three Life Tokens – sun, star and heart – during your journey along each of the conflict boards. If you come up short at the end of each round, you are corrupted and move closer to Sauron. Should Sauron move in line with or past the ring-bearer, it’s curtains for you and your crew. 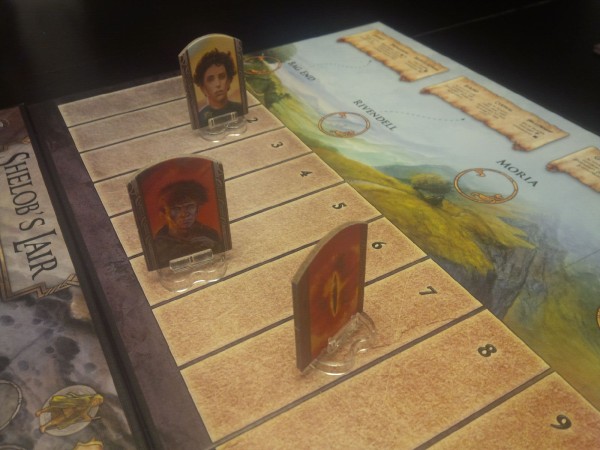 Hobbitses, I see you!

There is much more to the game than the measly few rules I describe above and I found that the rule book wasn’t entirely clear on first (and second read). Perhaps it’s just me, but I needed to put a few notes together to make sense of the beast. A few play-throughs later, however, it made sense.

Hopefully, a few impenetrable rules won’t put you off from trying this game, especially if Lord of the Rings is up your alley. And I should note that this game is faithful to the books and not the movies; so Fatty makes an appearance. He’s the hobbit who aids Frodo and friends at the beginning of The Fellowship of the Ring. 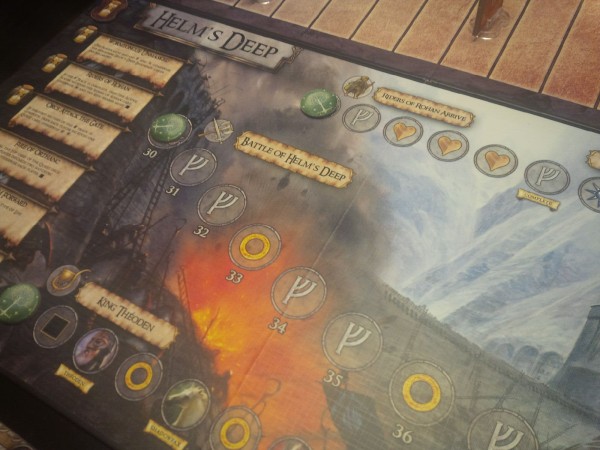 The art on the board truly sets the mood. 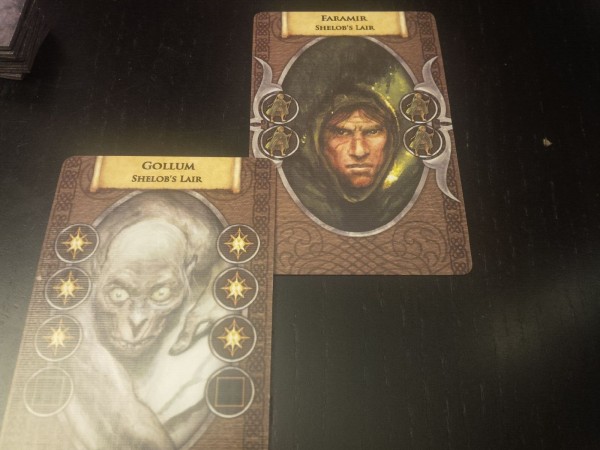 Most of the notable characters from the books are presented.

While I find the rules to be an unholy mess in some places, the game itself has given my wife and me hours of entertainment. It definitely won’t be everyone’s cuppa, but for me, it has a cherished place in collection.

Board Games, Reviews
Tokaido review: the joy of the journeyOnirim: A labyrinth lost within itself