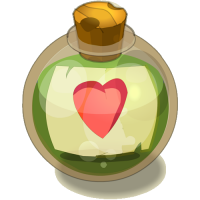 Healing, damage and role of combat in RPGs

Have you tried playing a D&D campaign without a cleric in the party? What about an online game of Elder Scrolls without someone following an eso templar guide? Fought a dragon with only a squad of tanks, thinking each blow is but a scratch? The possibility is unsettling with the number of players, both tabletop and computer RPG, missing out on crucial setups in their group. And what could be the most important setup than a healing/buffing character?

This article describes the necessities of magical healing in RPGs – removing unnecessary down time it takes for cracked rib to heal, avoiding annoying penalties because you have a hole in your stomach and the like. Not letting the consequences of your past battles stand in the way of fun you’ll get in future ones. I thought about realistic wounds/penalties in D&D and ultimately – the game is just not made for that and it would be a futile exercise to attempt to add realism that way. Even 4th edition has ultimately used “bloodied” as another condition to base effects off rather than mode increased incapacitation of characters. 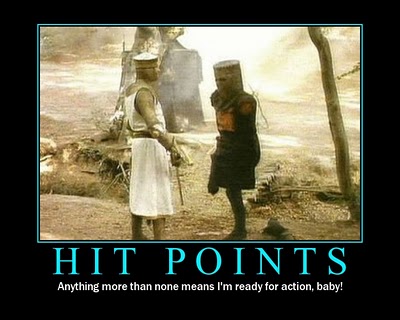 This got me thinking about how hugely important damage is to the enjoyment of most RPGs. If you play to win – laying on a pile of damage to take out the threat as soon as possible is usually the best course of action (some exceptions here obviously). After that – heal up your warriors to prepare for next encounter so that they can soak up more damage while taking out the next baddie. Spells ultimately deal damage or prevent monsters from doing the same. You can trip someone up so that it’s harder for them to deal damage to you and easier for you to deal damage to that. All roads come back to this one particular construct.

What are RPGs? I see these as storytelling models that introduce a system of mini-games that model outcomes of certain events in an exciting way. RPGs started out as tabletops but nowadays you’ll find many video games that use RPG elements, as well as online D&D campaigns.

Combat – the business of dealing and taking damage through excitement of swinging axes and slinging fireballs is usually the single most written out portion of most systems. Because so much attention is given to combat – it becomes the most engaging and fun part of the game. I mean why are dungeons such a common set for adventures? Because it’s a controlled environment where there is not much to do outside of systematically depopulating the area.

All other “minigames” within a system become largely secondary to combat. The skill challenges of D&D 4 have made a small step towards making non-combat fun, but ultimately even that system (especially that system) is all about how many squares you can move before doing your once per encounter super-maneuver. Because damage is the prime currency of this specific mini-game, it becomes so important.

Why not bring equal importance to other mini-games? Why does beating the crap out of sentient creatures have to be the lion’s share of every rule book? There are so many other things to adventuring – horseback chases, hostage negotiations, fortifying villages, skulking through shadows, surviving in the wild, rescue from a burning building. Don’t roll your eyes! Imagine how cool it would be if these activities would be decided by game systems as exciting and rewarding as the combat one? After all – board games have managed to make some of these things loads of fun – survival is the staple of Robinson Crusoe, fire rescue forms the basis of FlashPoint. Why not tone down the amount of effort on making combat fun and spread it around? 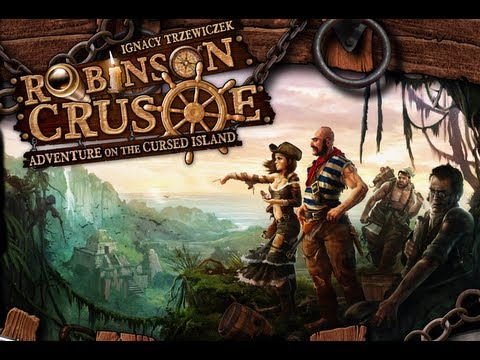 I truly believe that by doing so – roleplaying games would become significantly better. It would introduce welcome variety to the events resolved as part of the game, would make more character types viable, would create an incredibly fertile environment for expansions. Another important thing has to do with younger gamers. Maybe making games about more than just smashing peoples’ faces in would be good for kids who play it? Mind you, I am far from the “think of the children!” type – combat is exciting and awesome. I am not asking to make it less awesome. I would like to see other aspect of adventuring get their share in the spotlight.

In my attempts to introduce this kind of thinking to a Pathfinder games I have created several elaborate Skill Challenges that you are welcome to check out and try if you are running that system. 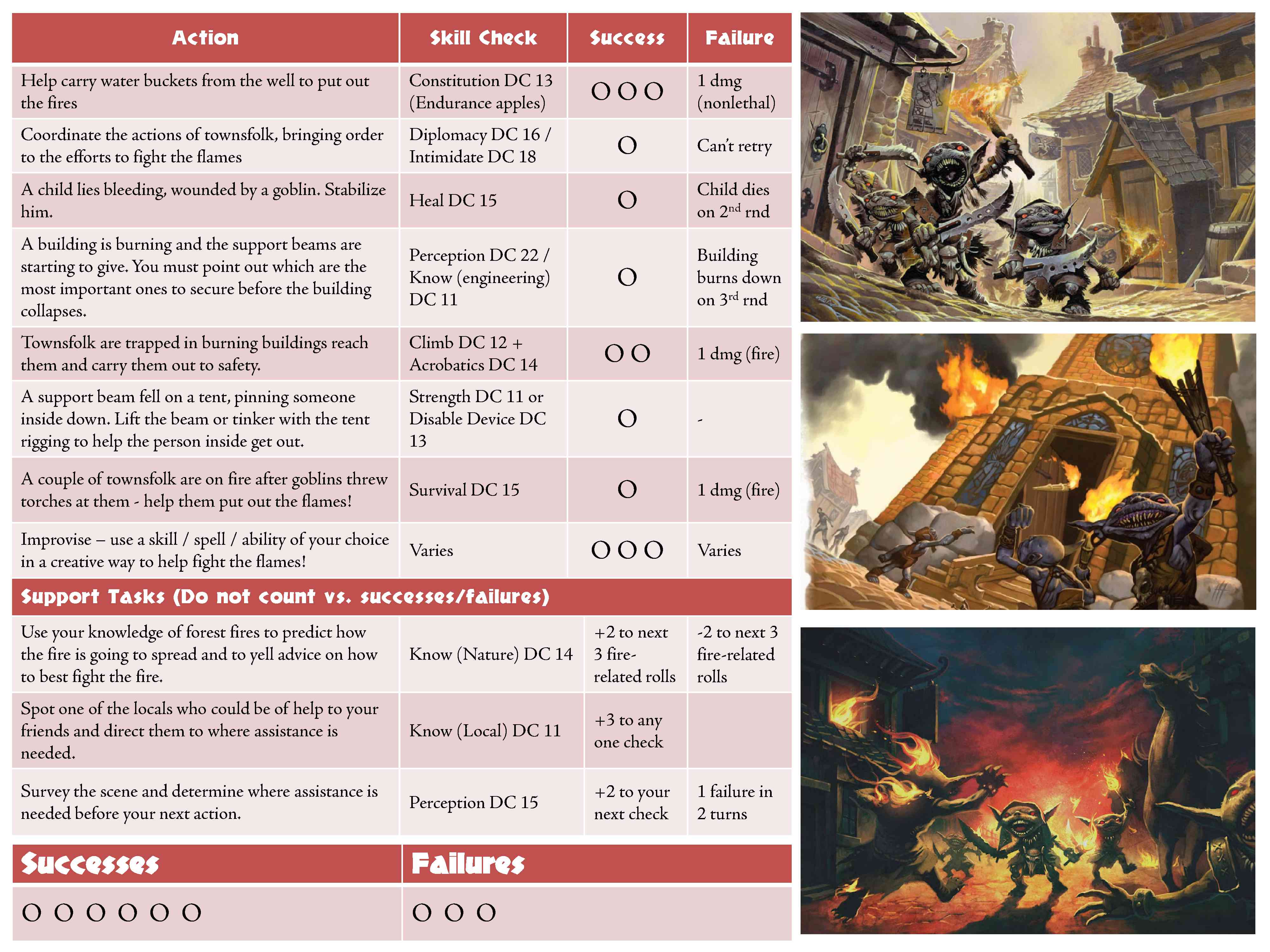 Saving a town from being consumed by flames can be just as exciting as murdering things, believe it or not!

I know that certain RPG-in-a-box products are attempting to move in this direction (Mansions of Madness comes to mind), however what I would really like to see is a more global and open approach – not limited by a certain setting but comprehensive and flexible. It is most definitely an ambitious goal, but one that I think will lead to games that are more fun for a broader range of players.

Or perhaps these things already exist and I am just not familiar with them? My exposure is mostly centered around D&D3-4, Pathfinder, Warhammer Fantasy 2-3 and miscellaneous entries like Numenera and Shadowrun. Does GURPS or Fuzion already deal with this better? I would be thrilled to know.